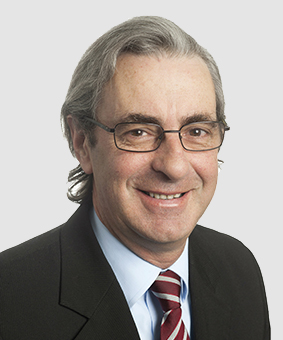 It is well recognised, that when a person dies they can leave their estate to whomever they wish. For this reason people usually make a will and in the normal course an estate is distributed in accordance with that will.

Persons who may have had an expectation that they would benefit from an estate are sometimes disappointed that they have not received what they had expected. For centuries this fact has led to much to much litigation in relation to the distribution of a deceased’s person estate.

Often it is said that this litigation is the product of greed by those who have missed out. The implication is that if a person misses out under a will then they should simply resign themselves to that fact and accept their misfortune.

These views are often not correct. When persons miss out on what they might reasonably expect there may well be some reason, which is not legitimate, for that having occurred. These include the following:

a. A testator may have failed to make adequate provision for the proper maintenance and support of a person for whom they have a duty to make such provision. This is a common area of litigation. There are very many cases commenced by persons who believe that they have not been adequately provided for. In most of these cases further provision is made either by a court after a trial or, far more often, by the agreement of the interested parties at mediation.

b. A testator may have lacked testamentary capacity at the time the will was made. Often the fact that the will does not make provision for all of the persons who might have been expected to benefit is itself evidence that there was something wrong with the testator’s thinking at the time the will was made. Further investigation can often provide support for the contention that the deceased’s will was the product of a disorder of the mind. Sometimes those who benefit from such a will do so innocently. Unfortunately, in some cases persons take advantage of the testator’s vulnerability to procure a will which benefits them to the detriment of those who would normally be rightfully entitled. Cases involving this issue are not as common as the claims discussed in paragraph (a) but they occur from time to time and are determined either by a court after trial or, again, far more often, by the agreement of the interested parties at mediation.

c. A testator may have been subjected to undue influence by those who benefit under the will. Undue influence can involve physical intimidation but far more often is likely to involve more subtle influence exercised upon an elderly and vulnerable person with a view to pressuring that person into making a will in favour of the person who exerts the influence. One can well imagine that there are many ways in which undue influence, which is not the same as legitimately pressing a claim to be included in a will, could be exercised. Again, cases of this nature are not as commom as the claims discussed in parargraph (a), but they occur from time to time and are determined either by a court after a trial or, again, far more often, by the agreement of intersted parties at mediation.

d. A testator may have transferred assets to another during their lifetime so that that person becomes, in effect, their sole or major beneficiary. In this case the estate does not pass by will but by transfer during lifetime. This means that the types of relief already referred to are ineffective. There is no point commencing litigation to alter the terms of a will or to set the will aside if the estate has been transferred during life. This does not mean, however, that a person adversely affected by the transaction is left without relief. The transaction which transferred the property can be challenged. This can occur after the person who made the transfer has died or whilst they are still alive. Transactions of this nature can be set aside on the basis of a lack of capacity or undue influence in much the same way that a will can be set aside. More often, however, the transaction can be attacked on the ground that unfair advantage has been taken of the vulnerability of an elderly person. Whether or not such a claim will succeed will depend on all of the circumstances of the case but often the transaction is open to legitimate attack. After all, why would an elderly person need to give away their property whilst they are still alive, especially if that necessitates the payment of substantial stamp duty, when they can achieve the same result, without payment of duty, on their death by will? Sometimes claims of this nature are made against relatives who have insinuated themselves into a position of confidence and trust and taken advantage of the same. Less commonly they are brought against non-family members, such as carers who are unscrupulous enough to see opportunity for illegitimate gain at the expense of a vulnerable and often lonely person.

The fact that elderly persons are vulnerable to the wiles of the unscrupulous is well recognised. The Victorian Cival and Administrative Tribunal’s busy guardianship list, for instance, is designed to protect the elderly from just such risk.

Shane Newton has been practising as a barrister since 1980. During that time he has practised in many areas of law and in most courts. Now his practice exclusively involves representing and advising clients who are involved in litigation of the nature discussed above as well as the myriad other claims and applications which are made to the Supreme Court in relation to the estates of deceased persons as well as similar cases.

This type of case requires not only a technical understanding of the law related to deceased estates but also property law as well as medical issues and, above all, human nature (good and bad).

Fortunately, most cases in which he is involved resolve at mediation, with relatively modest cost. Although this often involves a compromise of what a litigant might feel to be their full entitlement, it involves a minimisation of stress, not to mention expense, for the litigant, matters which experience shows is of great importance for persons involved in disputes of this nature.