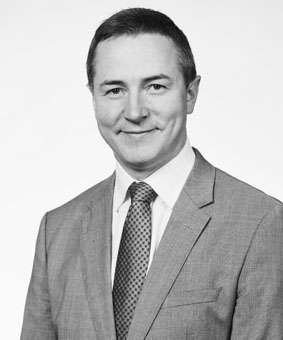 Patrick has acted for clients in a wide range of contractual disputes in Victorian courts and tribunals.

In the course of his work at the bar he has also accepted briefs to advise and appear in employment law disputes, as well as professional disciplinary hearings.

In addition, Patrick has prepared and appeared in several successful appeals in the Court of Appeal and applications to the Supreme Court for judicial review.

Before coming to the bar Patrick was a solicitor at Wotton + Kearney Insurance Lawyers. His work involved personal injury and Accident Compensation Act recovery proceedings, building and construction disputes, and preparation for the defence of large and small property damage claims.

His legal experience also extends to practising as a solicitor at the Victorian Aboriginal Legal Service where he managed a large caseload involving summary and indictable crime and regularly appeared in courts throughout Melbourne and regional Victoria. From time to time he has appeared as a barrister in criminal contests and pleas in mitigation of sentence.

Patrick was an Associate to the Honourable Justice Bongiorno at the Supreme Court of Victoria.