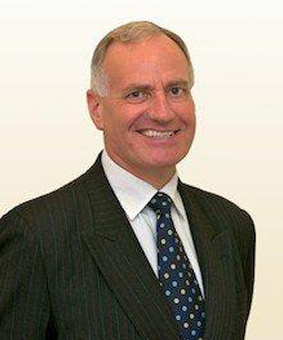 I have practised as a barrister since 1980, although for a total of approximately 2 years between 1986 and 1992 I took time off, working in the Northern Territory. During that period, I largely worked as an administrator in an Aboriginal community, Imanpa.

Although I have worked in many fields and many courts over the years, my practice now is largely in personal injuries, particularly acting for plaintiffs. However, I have not completely limited myself to that area. Cases in which I have acted include:

· Finch v Telstra Super Pty. Ltd. [2010] HCA 36involved a claim for disability benefits in a superannuation scheme. I acted for the plaintiff, who had claimed such benefits and been refused. At first instance, he was successful in overturning the decision of the Trustees, but this was reversed on appeal to the Victorian Court of Appeal. We then took the case to the High Court which reinstated the primary decision, overturning the Trustees’ denial. In the course of so doing, the High Court revamped the relevant law, making it much simpler for a plaintiff to attack an unfair decision of a superannuation trustee.

· Coggin v Telstar Finance Company (Q)Pty. Ltd. [2006] FCA 191 was a case in the Federal Court in which I acted for a plaintiff who had guaranteed an unwise investment. He alleged unconscionable conduct on the part of the lender, and obtained a substantial award of damages.

· Raciti v Wadren Pty. Ltd. [2006] VSCA 132 was a case where I acted for a defendant occupier of premises, sued by an injured plaintiff for damages. The plaintiff failed at first instance and this decision was upheld on appeal, as the plaintiff had failed to established negligence or breach of duty.

· Firth v Brooks [2003] VSC 12 was a case in which I acted for a woman who challenged a decision of the Victorian Civil & Administrative Tribunal. We were successful in establishing that the Tribunal had come to a decision which was not open to it and the claim against my client was dismissed.

· Jones v Jones & Anor [2009] VSC 292 was a commercial case in which I acted for a plaintiff who had been misled into selling his shares to a co-shareholder. He was successful both in obtaining payment in respect of the sale transaction, and also substantial damages by reason of the conduct of the defendant.

· Flood v Dockerty [2010] VSC 233 was a claim for an adjustment of property interests, arising out of a domestic partnership. I acted for the plaintiff who was successful in obtaining a substantial adjustment in her favour.

· Mikhman v Royal Victorian Aero Club & Ors [2012] VSC 42 was a case in which I acted for the plaintiff, who successfully obtained a writ of certiorari, setting aside an adverse determination of a Medical Panel.

In general, I try to provide thorough and effective advocacy, but I also make it a focus to ensure that the client is aware of the processes through which he or she is travelling, and is properly informed so as to make appropriate and correct decisions.