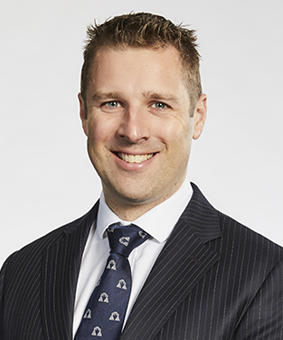 James practises in common and commercial law. He accepts briefs in personal injuries (TAC, asbestos related diseases, WorkCover, Medical negligence, and public liability), inquests, insurance and reinsurance, and professional negligence. He has experience acting for both plaintiffs and defendants.

Prior to joining the Victorian Bar, James practised as a barrister at a leading common law set in London, having been called to the bar at Inner Temple in 2015. During his time at the English Bar James was in court regularly. Whilst he generally appeared alone, he also assisted in cases heard in the Court of Appeal of England and Wales and the Supreme Court of the United Kingdom. James has also previously practised as a solicitor with Slater & Gordon in Victoria.

James holds a BSc (Hons) in mathematics, an LLB and an LLM from the University of Melbourne, and an MBA and DPhil in law from the University of Oxford (Christ Church). Whilst at Oxford, James also taught contract law, tort law, and Roman Private law. James has a particular interest in the law of negligence (especially the duty of care, purely economic loss, causation, and vicarious liability), and his research has been published in a number of leading law journals, including the Law Quarterly Review, Cambridge Law Journal, Monash Law Review, Oxford University Commonwealth Law Journal, and Journal of Professional Negligence. James is also the author of the forthcoming monograph, ‘The Duty of Care in Negligence’ (Hart 2017), the first book-length treatment of the duty enquiry in a common law jurisdiction in almost 20 years.

James’ mentor is Dugald McWilliams and his senior mentor is Paul O’Dwyer SC. Away from chambers, James enjoys spending time with his family, reading, and supporting the Mighty Saints.