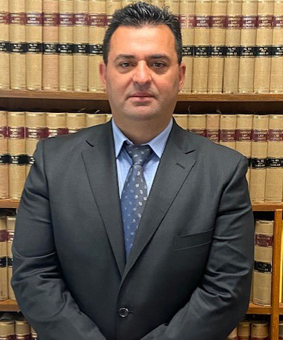 Bill has vast experience having worked in various areas of legal practice.

He started as a solicitor with Ebsworth & Ebsworth in insurance & public liability litigation. In 2001, Bill first signed the Victorian Bar Roll and read with Tim Tobin SC. Bill accepted briefs to appear in all civil & criminal matters. On being elected to local council, Bill left the bar and commenced his own suburban legal practice where he spent several years representing clients (ranging from criminal, family, employment, migration and commercial matters). He would often appear as advocate in the local courts and tribunals.

In addition to his legal experience, Bill has also served as Mayor and councillor in local government, President of the Western Region Football League and Chair of the Western Suburbs Legal Service. He has also presented and made submissions to the Federal Government’s Inquiry into Tariff Reduction in Manufacturing Industry and more recently the Victorian Government’s Inquiry into Labour Hire. He has also sat on the Victorian Government’s Transport Industry Council.

Bill is well placed to accept briefs in the following areas of practice: